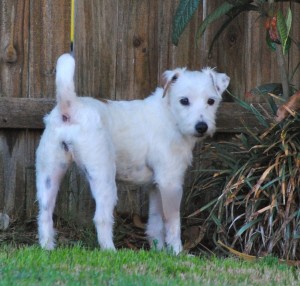 Chigger is just one of those dogs. I didn’t plan to keep her, but as her name suggests, she “got under my skin” from the beginning. Since then she has been my shadow. She was bred for the first time in 2012, at the age of 5, and didn’t disappoint. I found out later that she was so adored, two of the puppies of her first litter were named after her! She reminds me so much of her beloved grandmother, my first “official” working terrier, Sporty. She goes with us everywhere she can and she loves the boat, the ATV, and swimming – especially when the frogs and catfish are active. She hunts, she is a perfect dog in the house, a perfect dog in the kennel, and a super mom. As I write this, she is taking care of a litter that is a few days old who’s mom died of surgical complications after she had the puppies. Chigger came right in and took them over. When I decided to start training Diabetic Alert Dogs, the was not a minute of hesitation that she would be the foundation of the dogs that are used as service dogs. Her kids are all over the country participating in shows, being used as falconry dogs and squirrel dogs, living on ranches, and being the perfect companions for kids. Her most current female puppies stayed here with us and will be used in the Diabetic Alert Dog program. You can see Haven and Savi on there own pages. Her other puppies are here for your enjoyment! 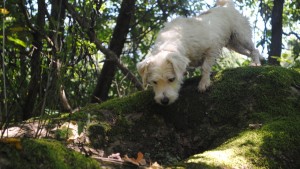 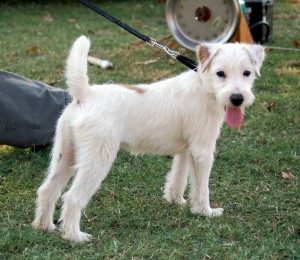 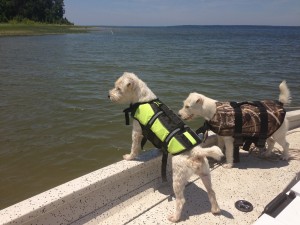 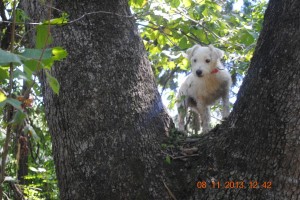